The shortest way from viewer to owner

Art advisor based in Rome with more than 25 years of experience in the modern and contemporary art world. We are happy to lend a helping hand to collectionists who wish to create or expand their art collection.

Franco Angeli, one of the most important Italian artists of the 20th century, was born in Rome in 1935 from a family with a solid socialist tradition. He did not attend regular art studies but began to paint in 1957. Through the sculptor Edgardo Mannucci he got to know the work of Alberto Burri who influenced, with his informal poetics, his first works: monochrome and material canvases in dark tones covered with torn and torn nylon, a symbol of poverty and pain.

He is considered to be one of the most significant and pre-eminent artists of Italian postmodernism. His work was exhibited in the famous 1962 "New Realists" show at the Sidney Janis Gallery with other young Pop art and Nouveau réalisme innovators, including Andy Warhol and Roy Lichtenstein. 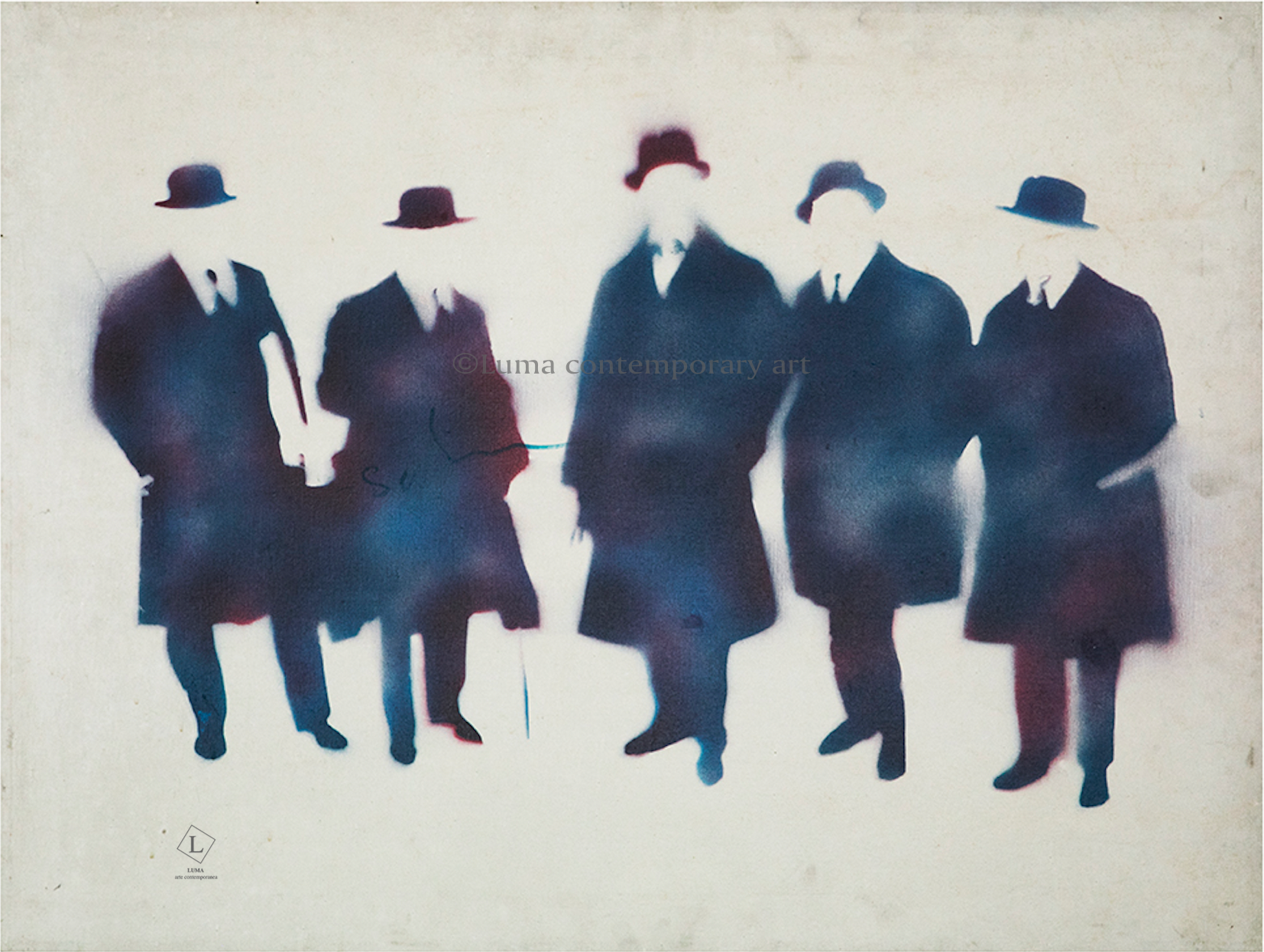 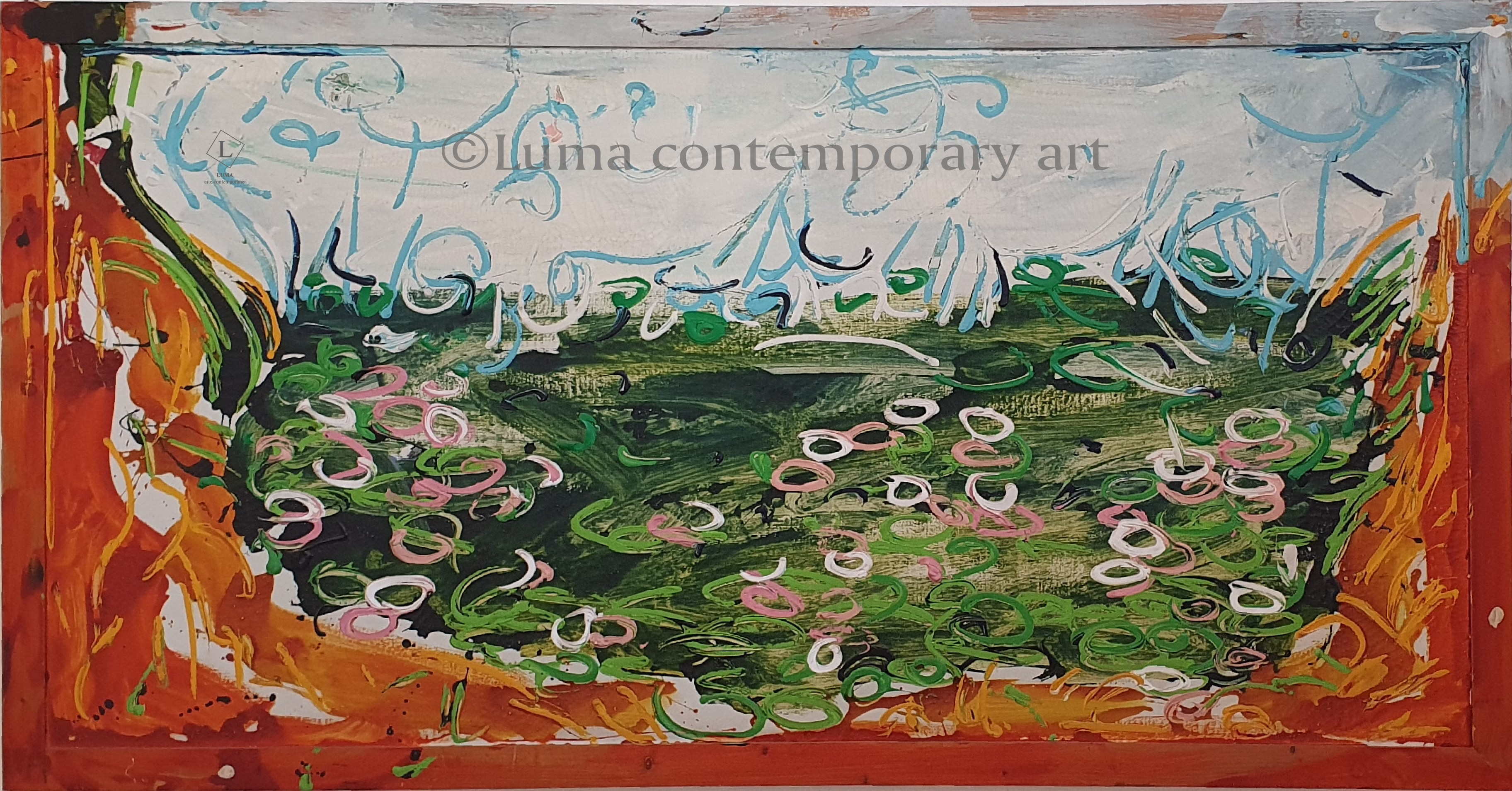 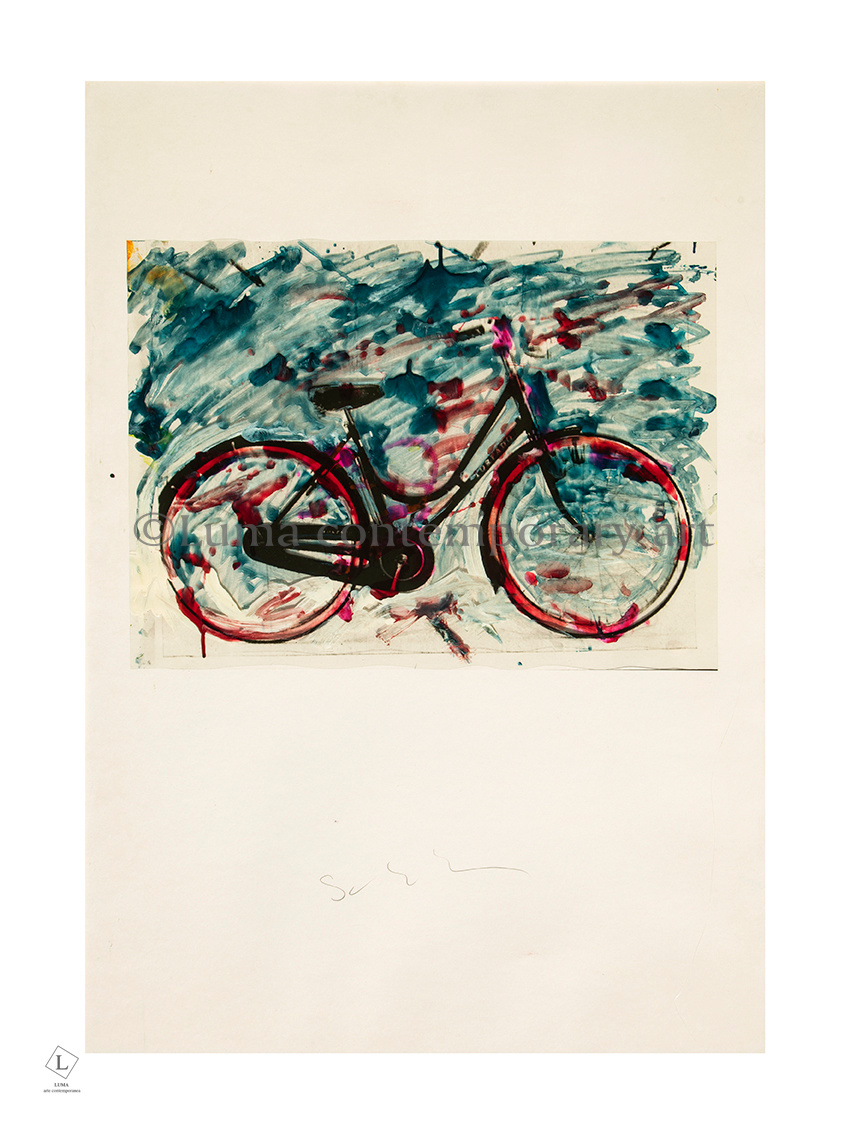 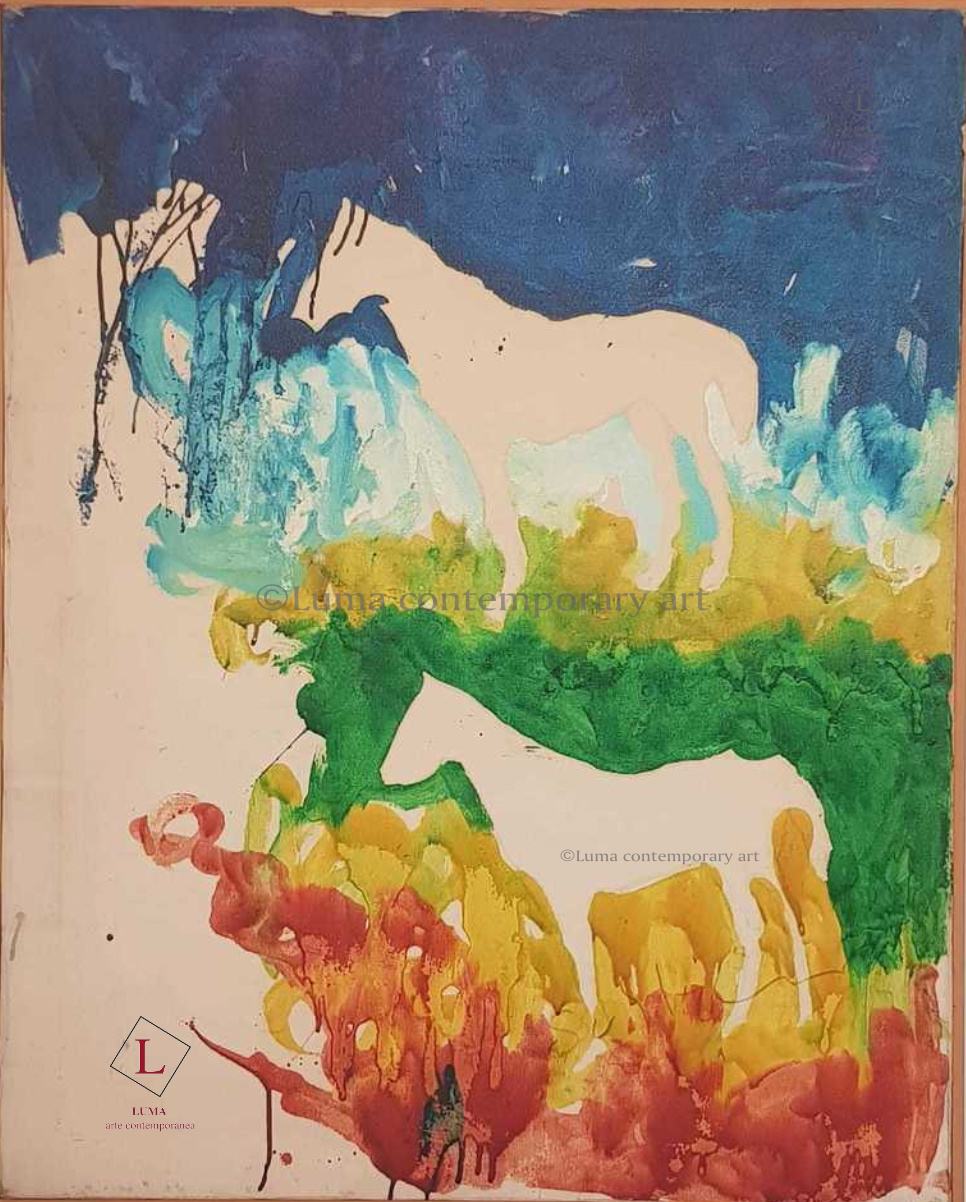 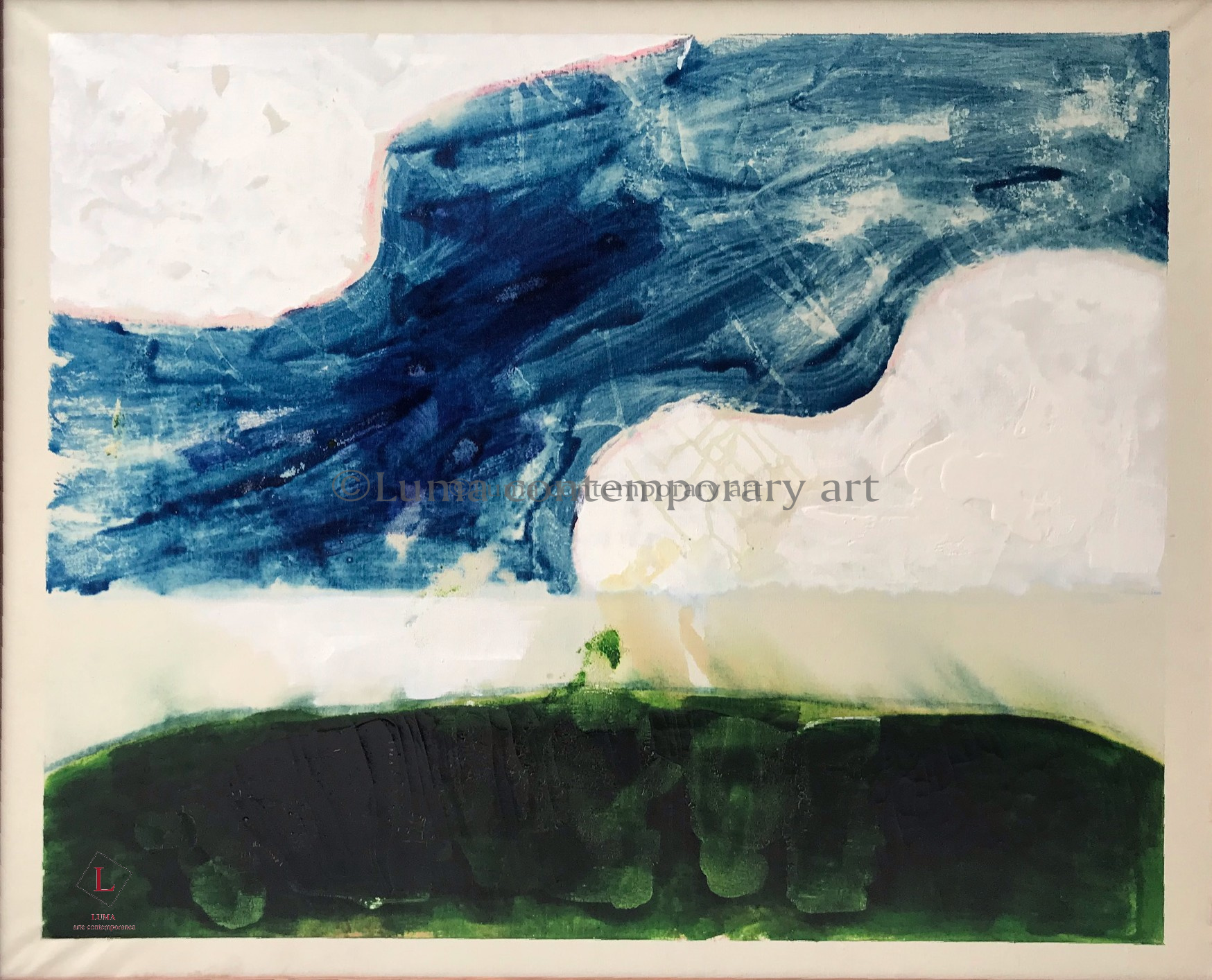 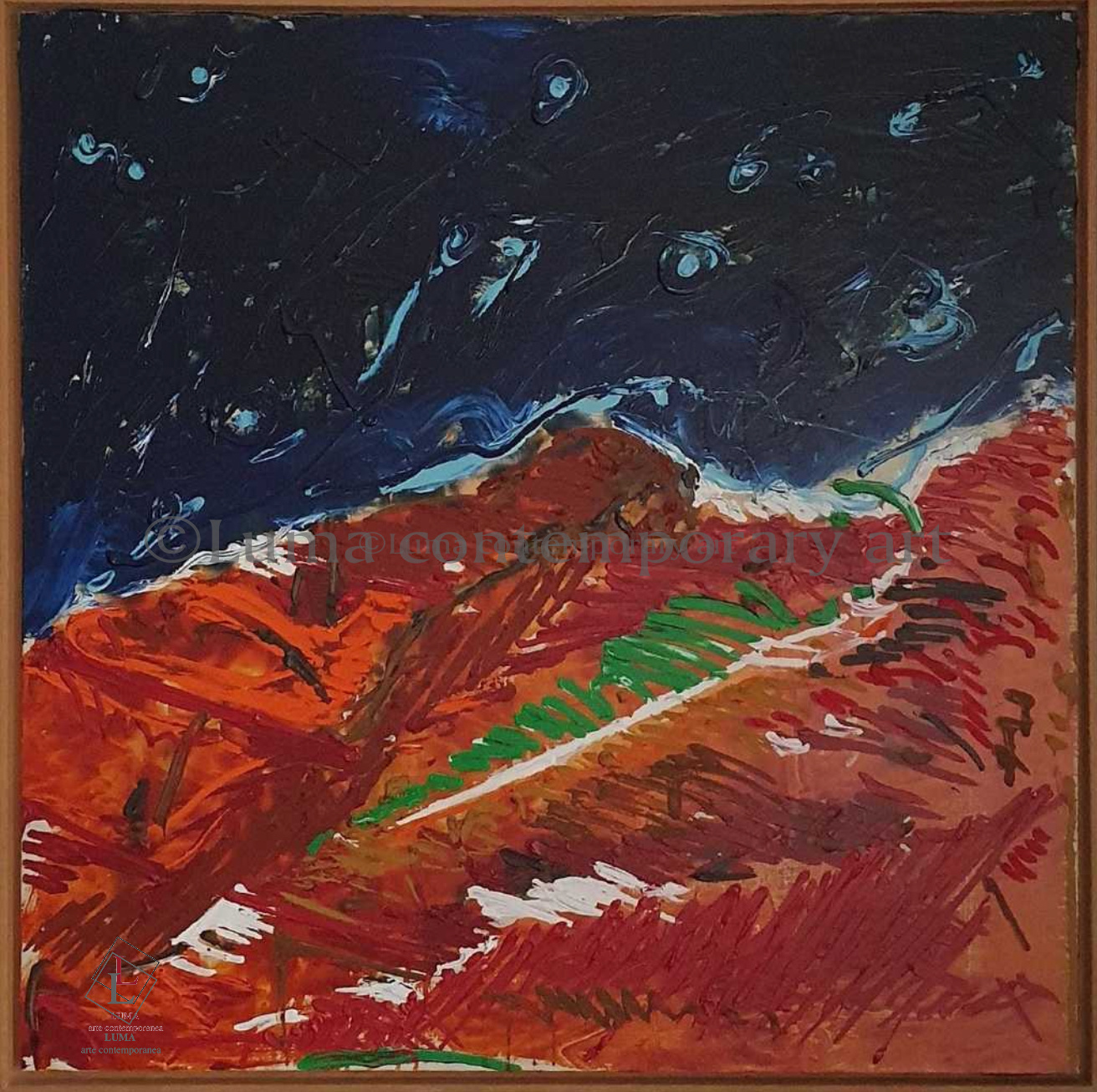 Salvo (Leonforte, Enna, 1947 – Turin, 2015) Salvo (real name Salvatore Mangione) was born in Leonforte, in the province of Enna in 1947. In 1956 he and his family move from Catania to Turin, which will always remain his adoptive city. In the early 1960s he begins painting and supports himself by selling low-priced portraits, landscapes and copies of Rembrandt and Van Gogh. In 1963 he participates in the 121st Esposizione della Società Promotrice delle Belle Arti with a drawing after Leonardo. 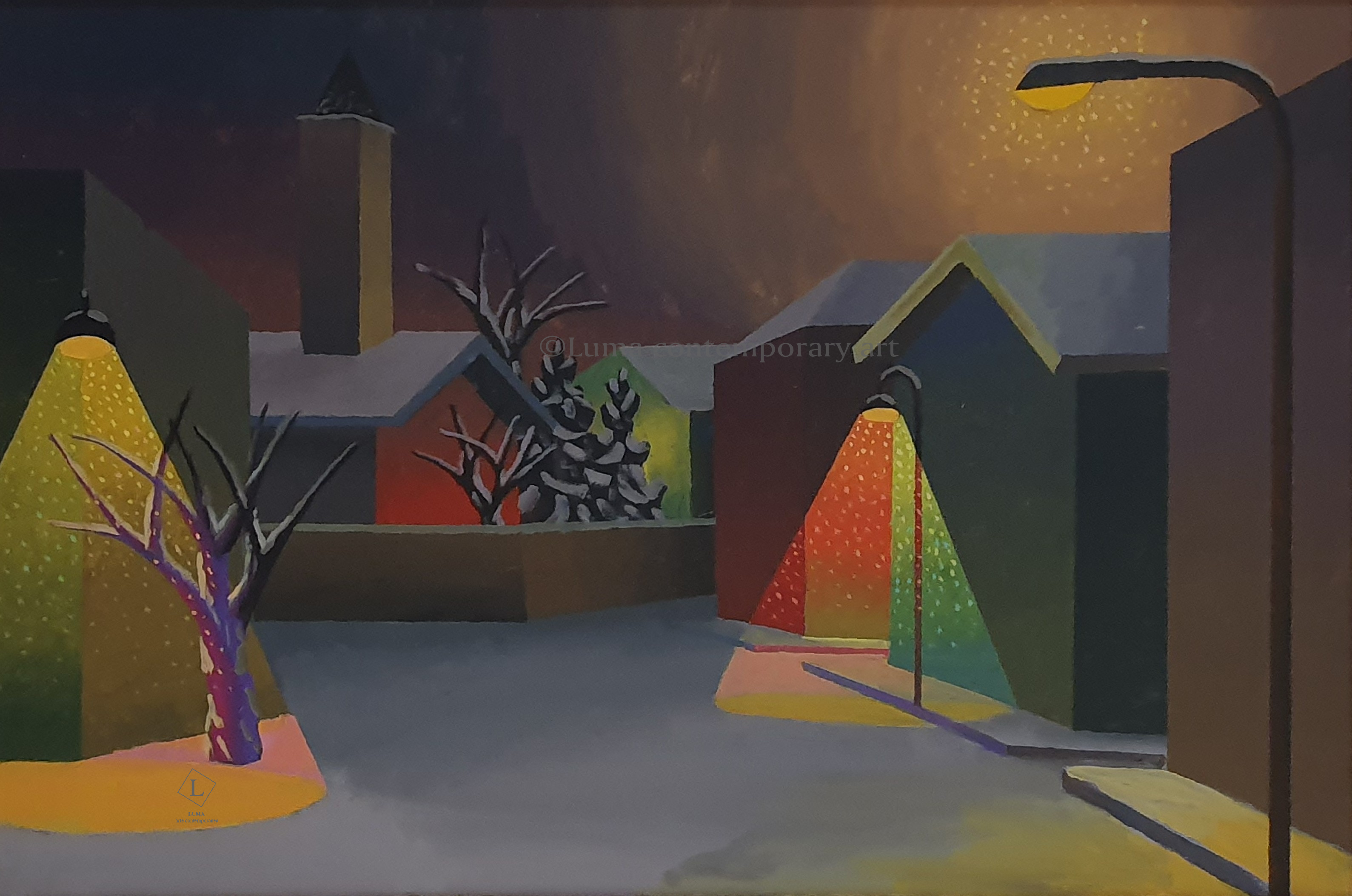 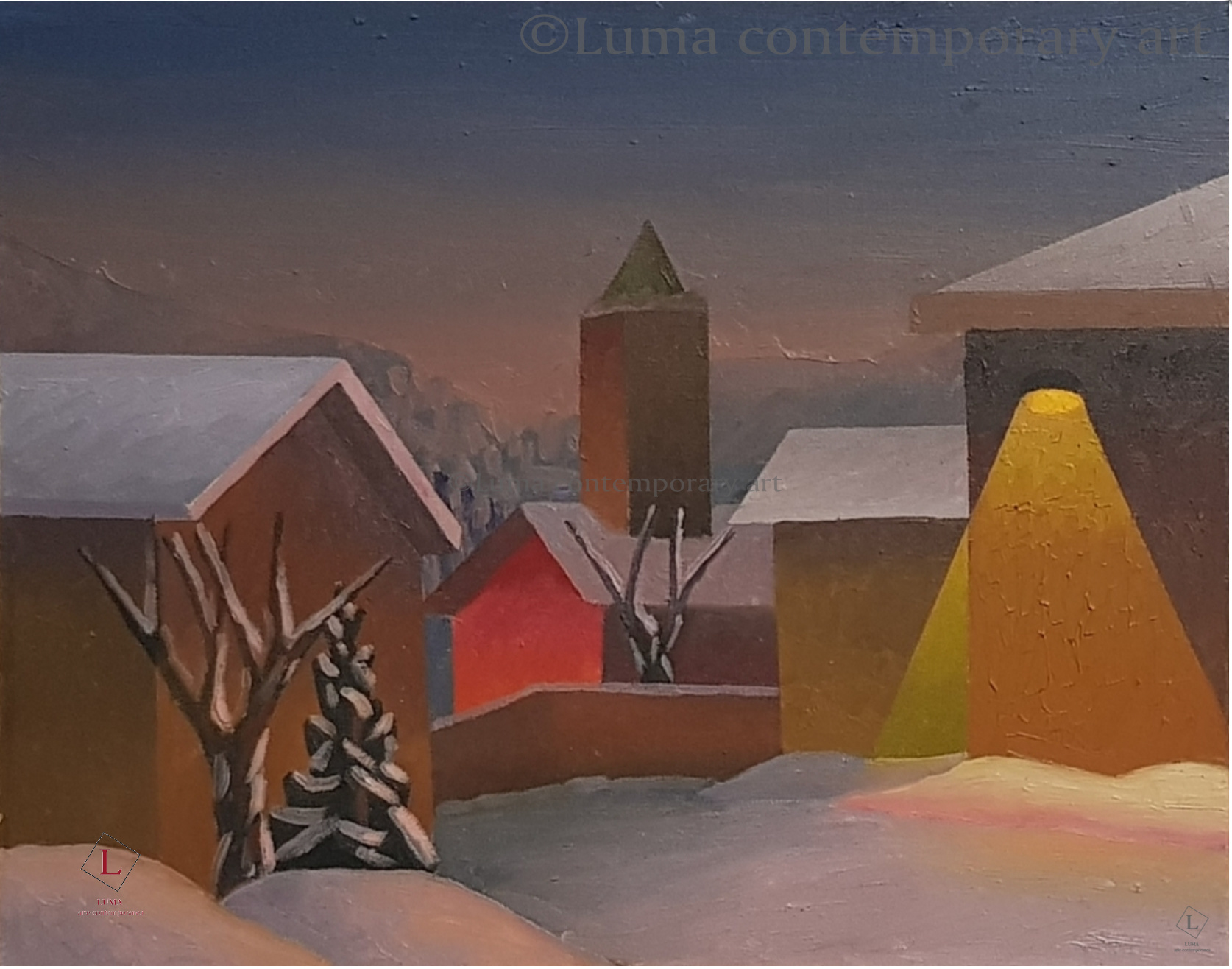 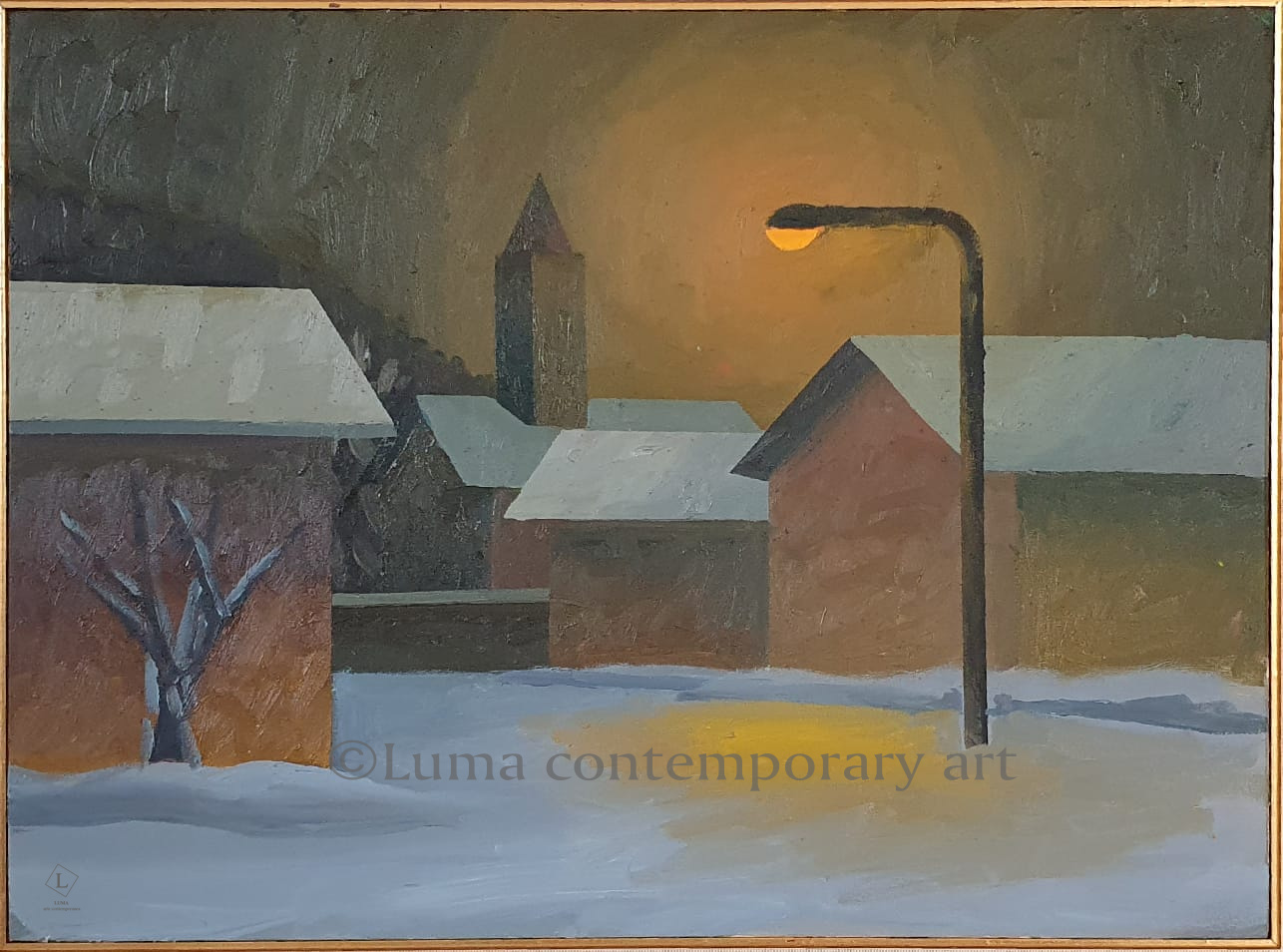 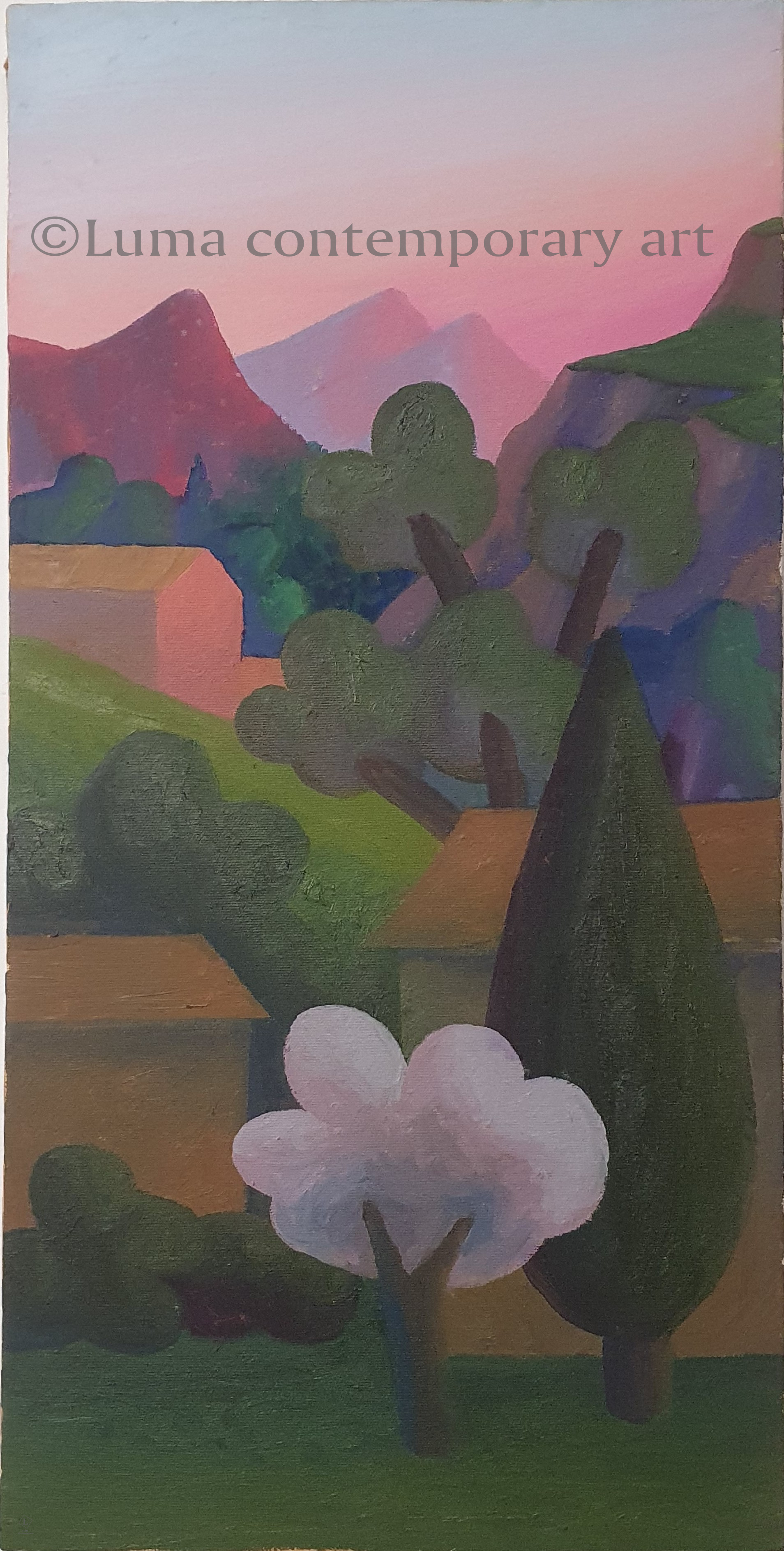 Italian artist and painter Piero Pizzi Cannella is best known for his conceptual works. He experimented with Citazionismo anacronista, an artistic movement known for its quoting of art history. After this period of his career he removed himself from the arts scene, before becoming part of the Nuova Scuola Romana (or “New Roman School”). His figurative works gained attention of dealer Fabio Sargenti and he restarted his career, focusing on the abstraction of the human figure in objects such as tables, chairs, clothes, and personal ornaments—all separated and detached from a real context. 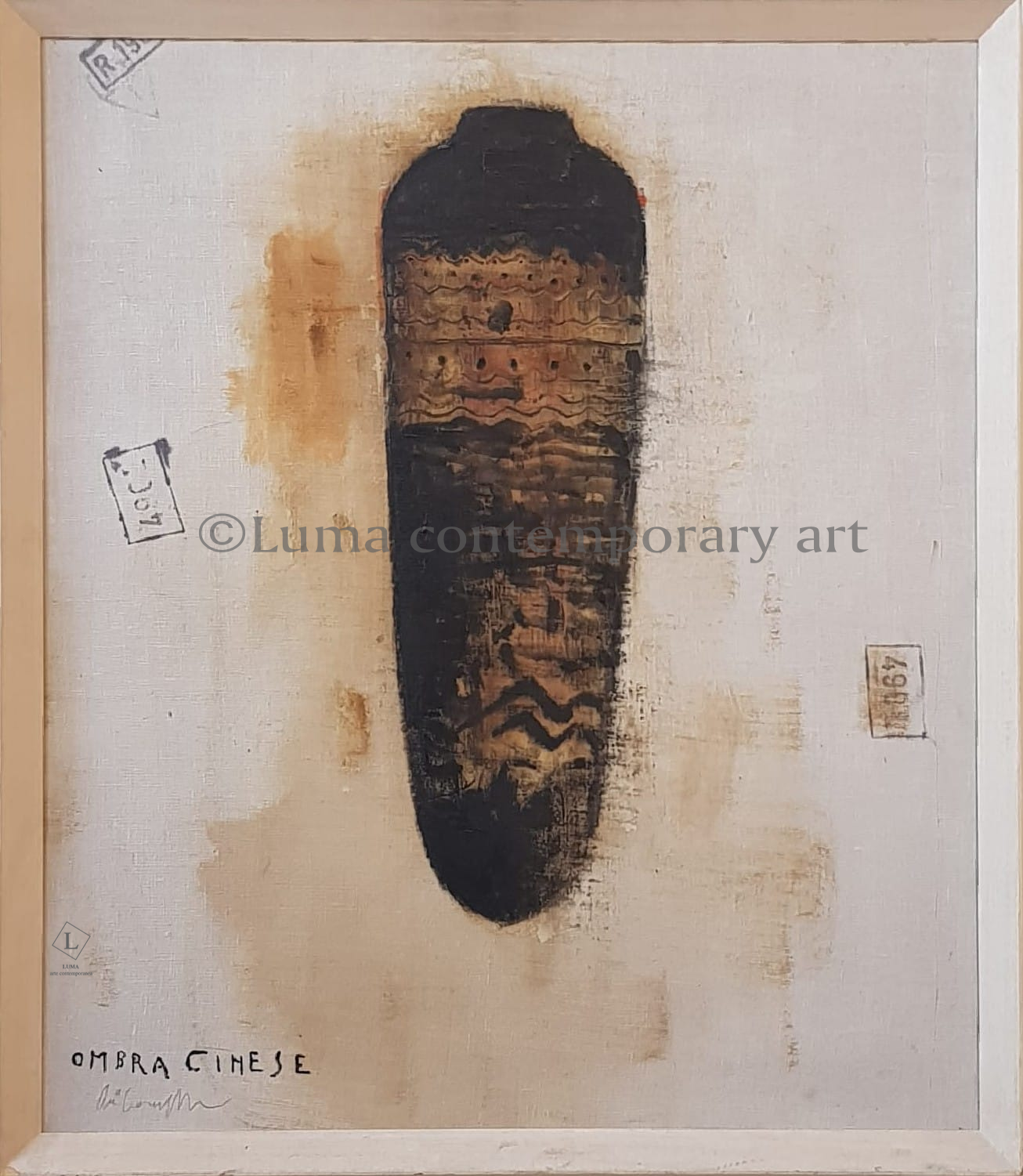 Conceptual artist Alighiero e Boetti was associated with the Arte Povera movement. Heavily influenced by his travels to Afghanistan, in his "Mappa" series (1971-92), Boetti directed Afghan craftswomen to embroider maps with geopolitical entities represented by their flags.

Mimmo Rotella, who represented Italy in the 1964 Venice Biennale, was experimental to his core: in his poetry, paintings, photographs, sculptural assemblages, and collages, he broke down conventions, leaving behind a body of extravagant work. Through his collages, he became associated with Raymond Hains, Jacques Villeglé, and François Dufrêne—together known as Les Affichistes. Rotella was also linked to the French Nouveau Réalistes, for reflecting commodity culture, and its excesses and absurdities, in his art. 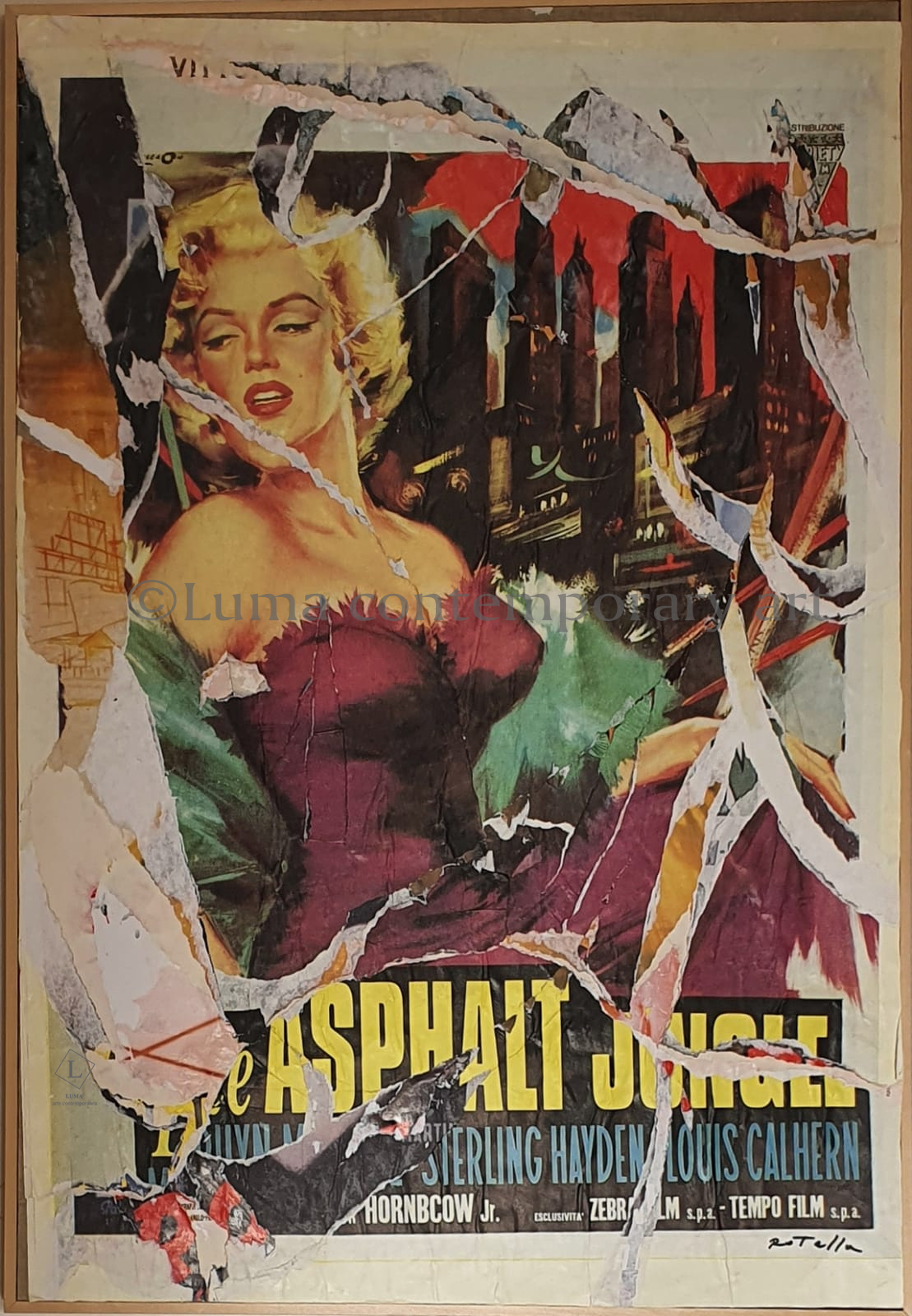 Carla Accardi rose to fame as founding member of the 1947 Italian avant-garde movement Forma 1, a group of artists based in Rome who, in the face of Fascism, embraced the principals of Futurism and Marxism. As one of the key figures of abstract art in Italy during the time, Accardi developed an iconic visual lexicon of calligraphic marks that, when combined with her minimalist color palette and dynamic compositions, showcased the endless possibilities of abstraction. 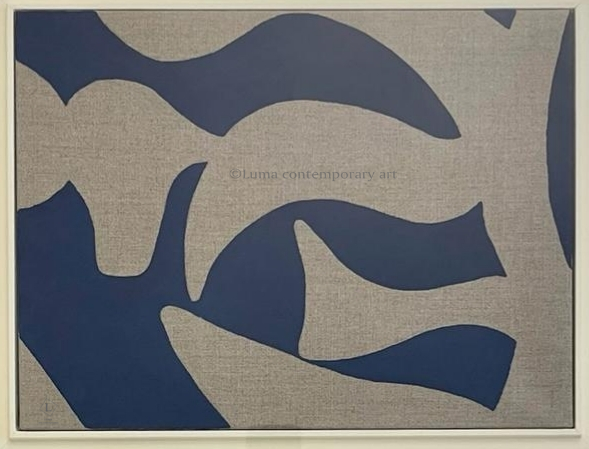 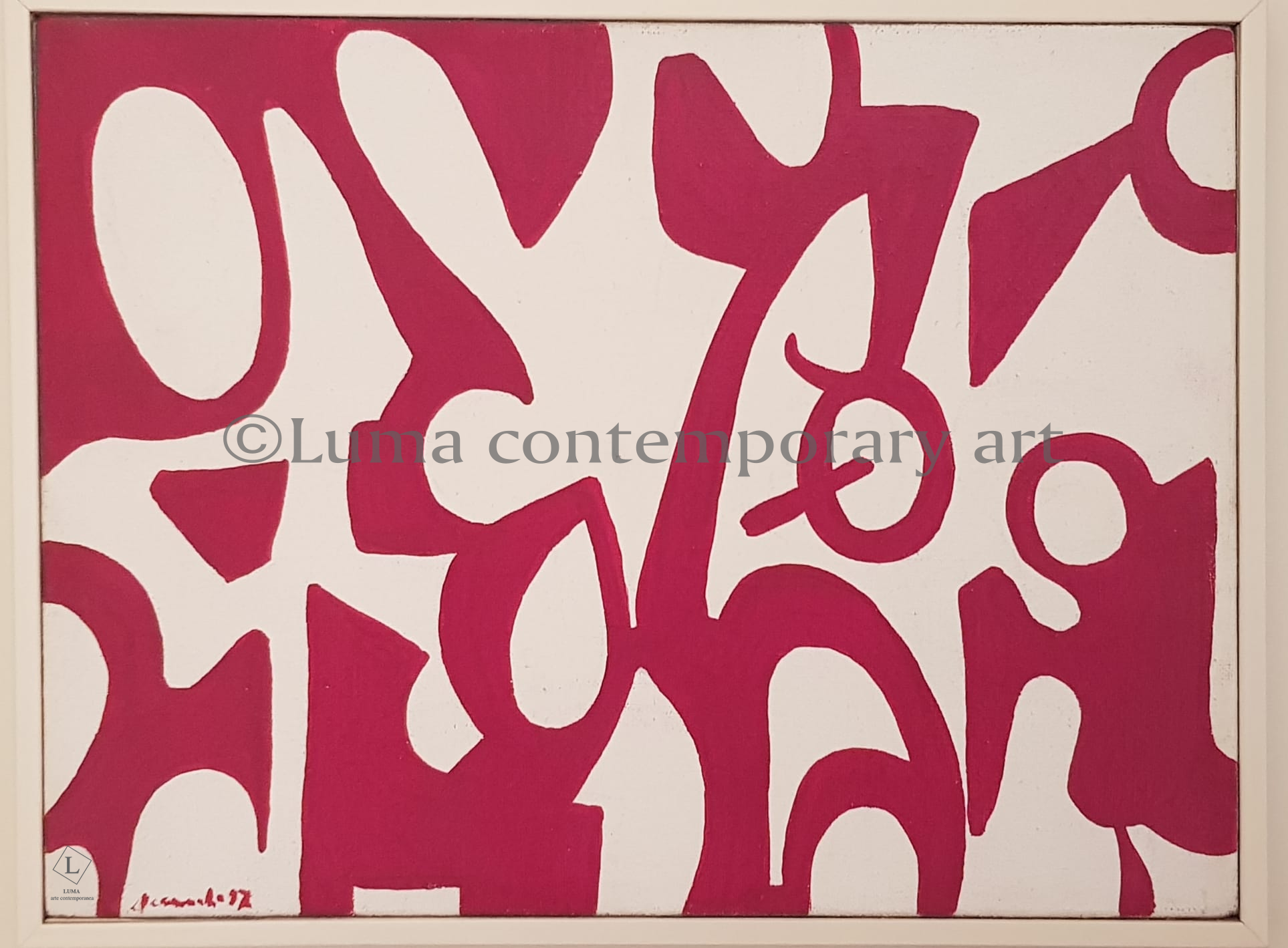 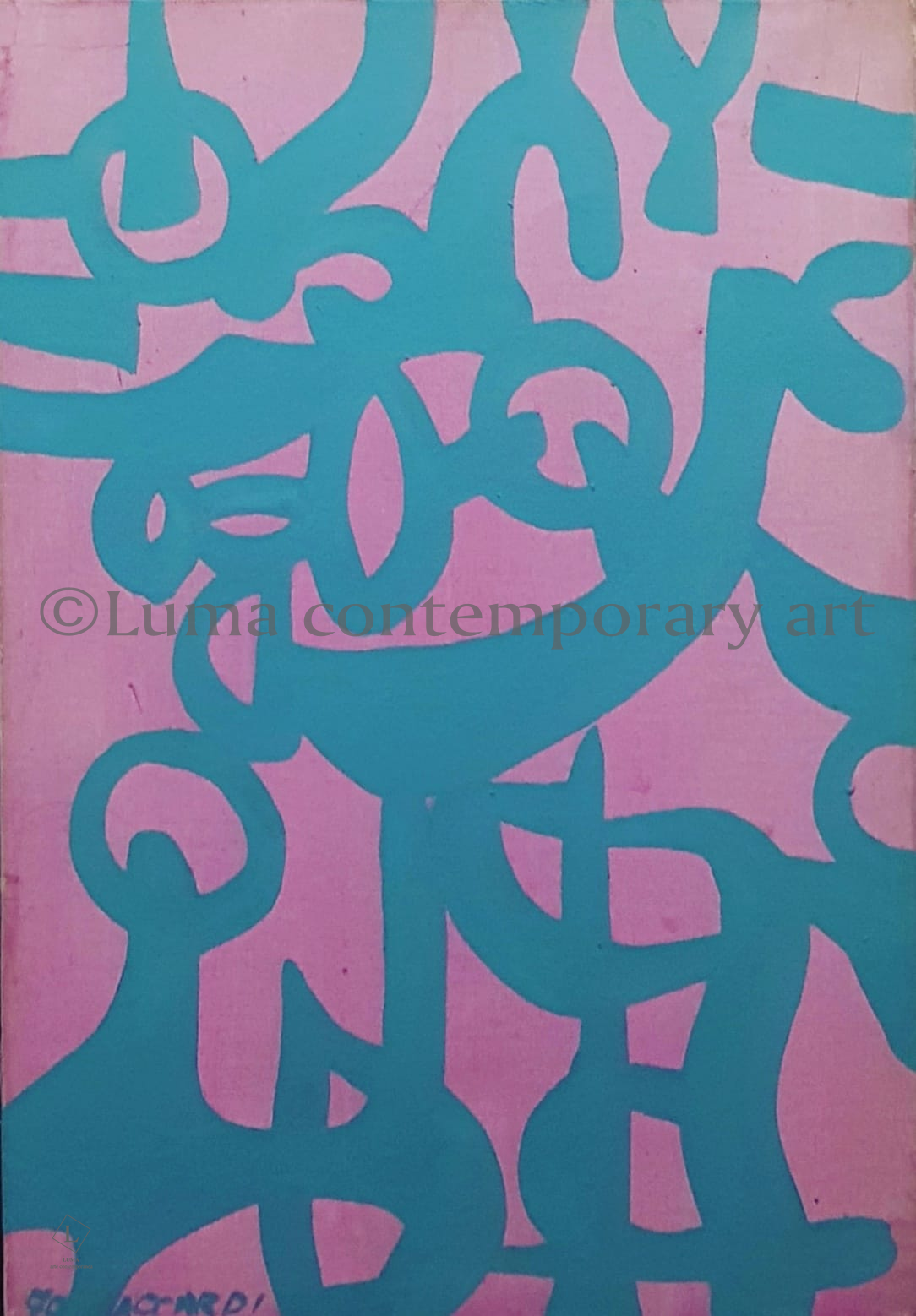 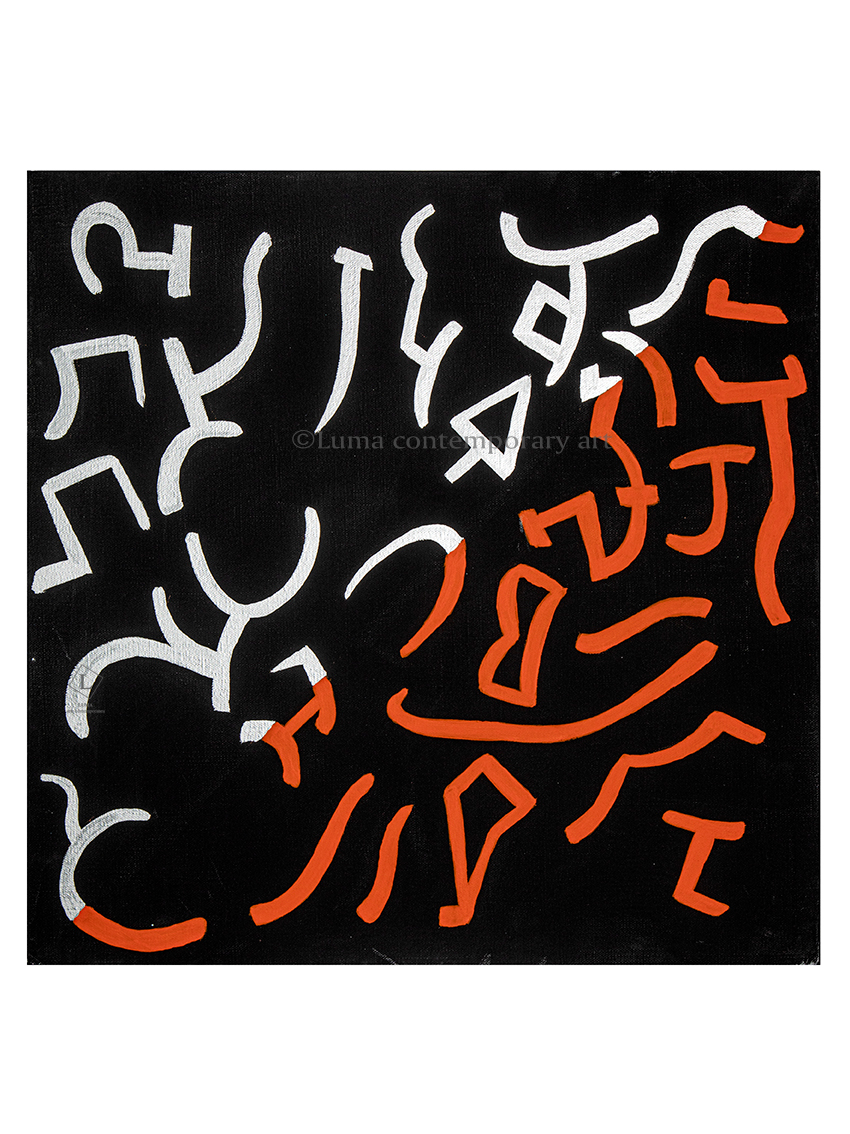 Don Eddy (born 1944) is a contemporary representational painter.He gained recognition in American art around 1970 amid a group of artists that critics and dealers identified as Photorealists or Hyperrealists, based on their work's high degree of verisimilitude and use of photography as a resource material. 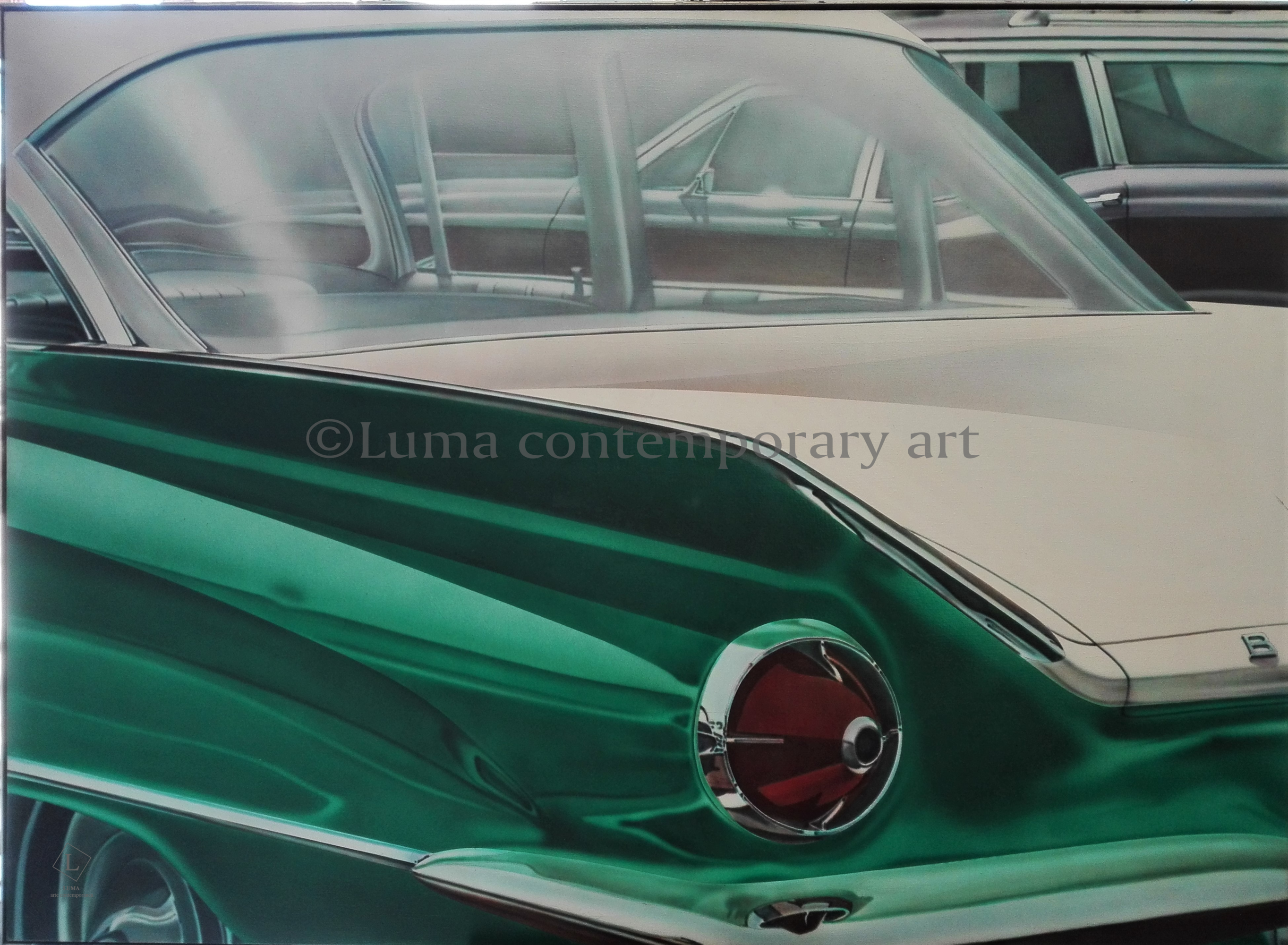 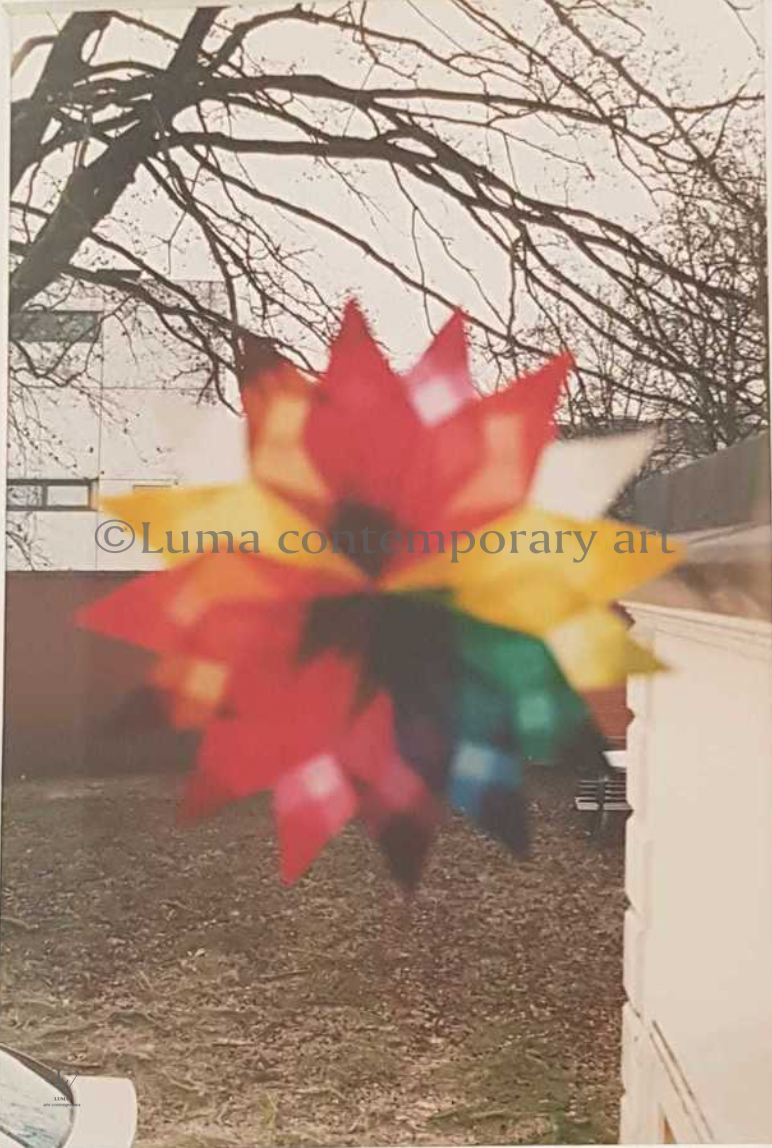 Wolfgang Tillmanns,born 16 August, 1968 is a German photographer. His diverse body of work is distinguished by observation of his surroundings and an ongoing investigation of the photographic medium’s foundations.

Sherrie Levine (born 1947) is an American photographer, painter, and conceptual artist. Some of her work consists of exact photographic reproductions of the work of other photographers such as Walker Evans, Eliot Porter and Edward Weston. 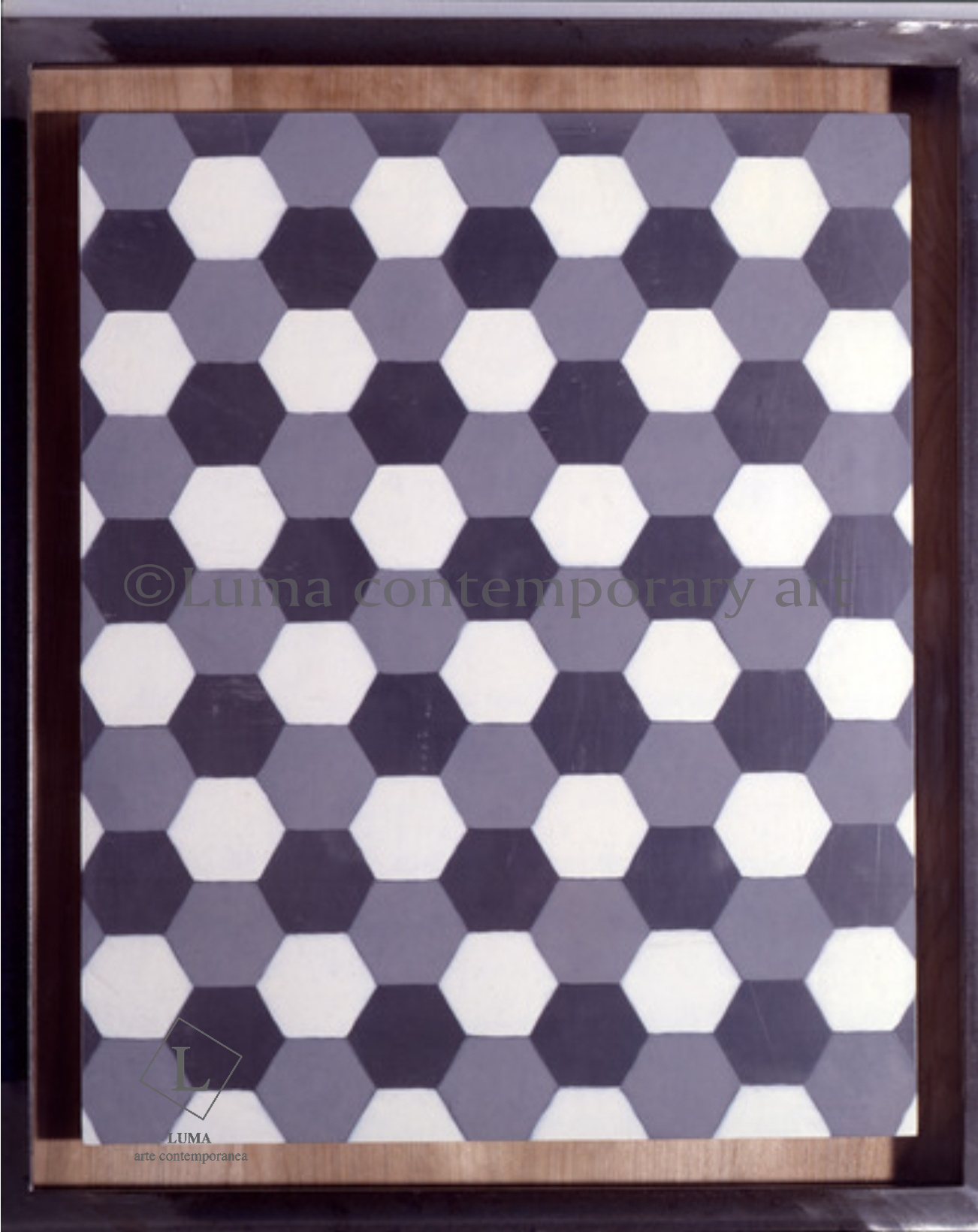 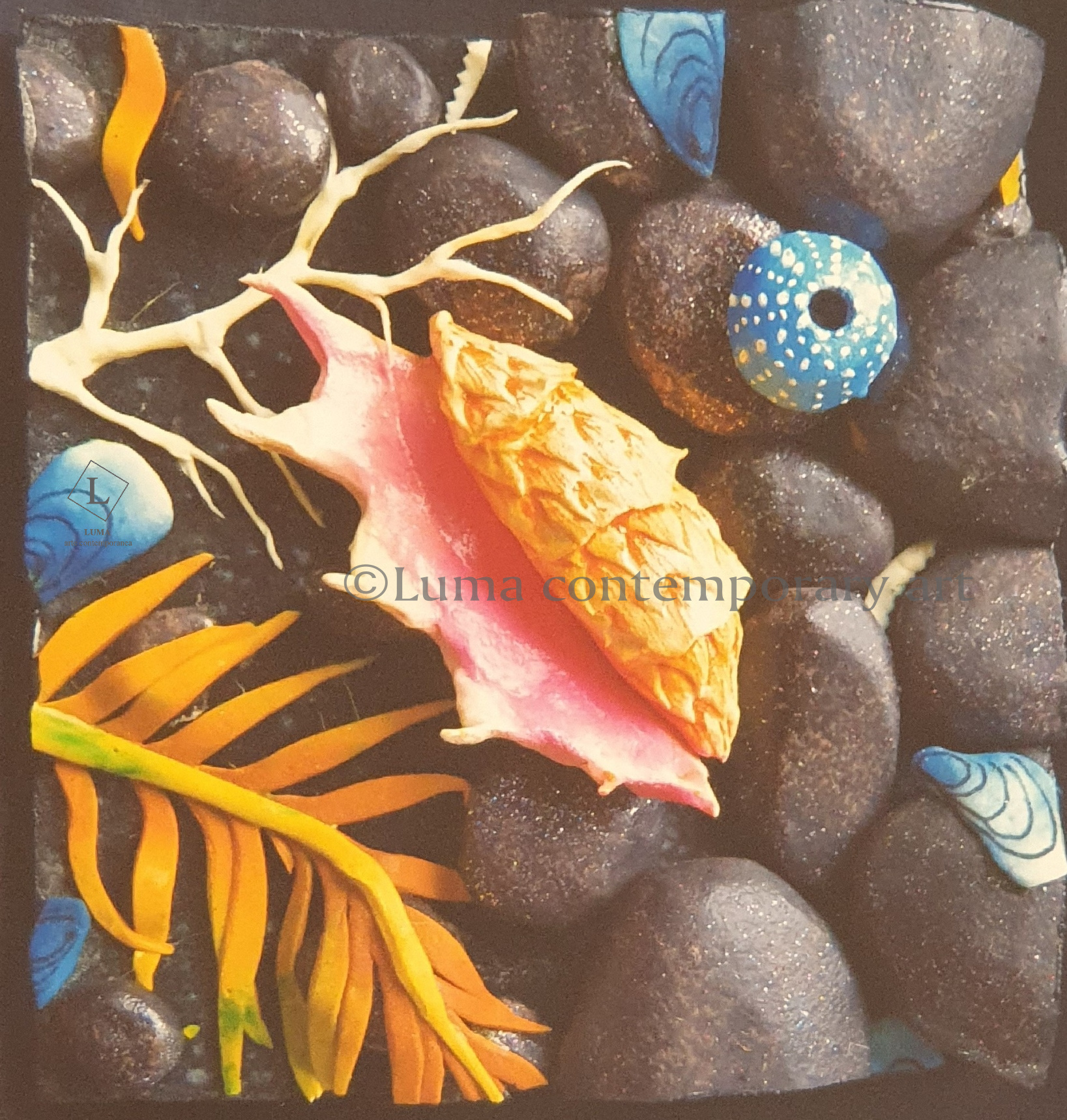 Piero Gilardi (born 1942, Turin) is a visual artist. Born in Italy from a Swiss family, he studied at the Liceo Artistico in Turin. In an interview with LeGrace G. Benson, Gilardi stated that his personal encounter with artist Michelangelo Pistoletto and others helped him in the development of his own artwork. 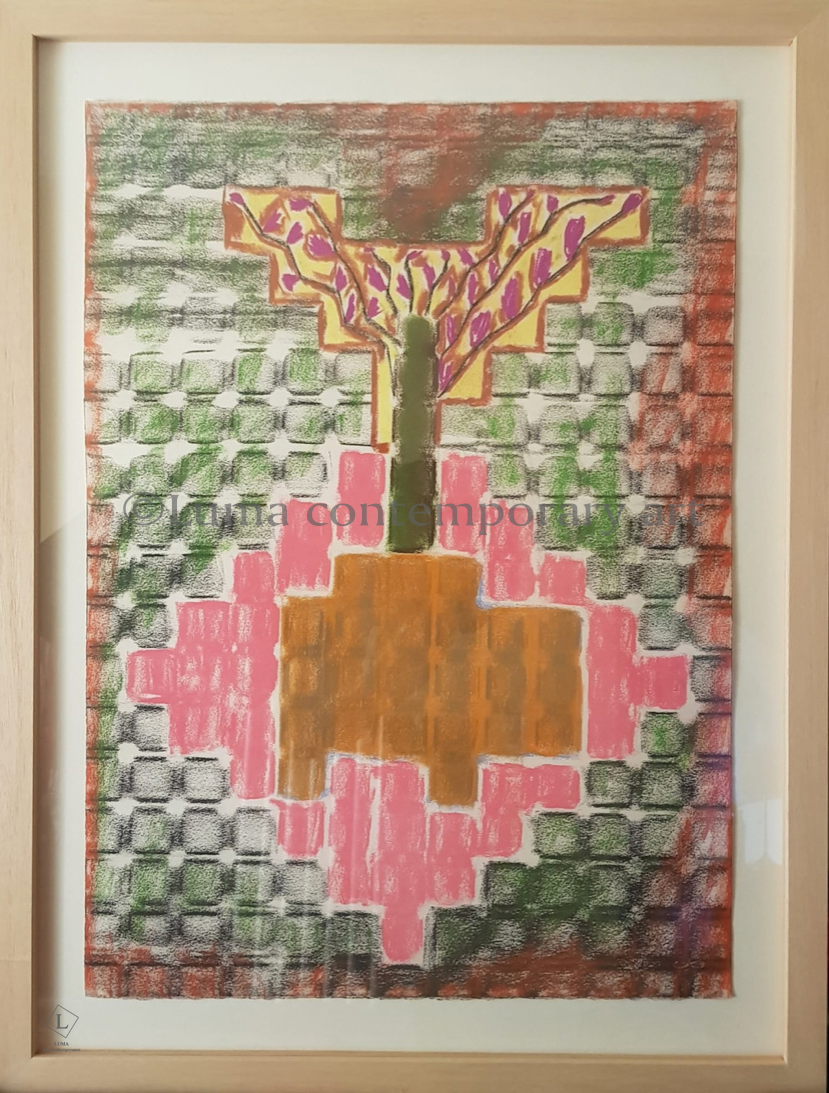 Alviani was born in Udine, where he showed talent for design and geometric drawing from his childhood. He enrolled in the Venice Art School, but soon showed little interest in his studies, spending afternoons in Venice's museums in contemplation of classical masterpieces. He also started doing small jobs for local architects, and helped local artists in inking projects such as etchings. 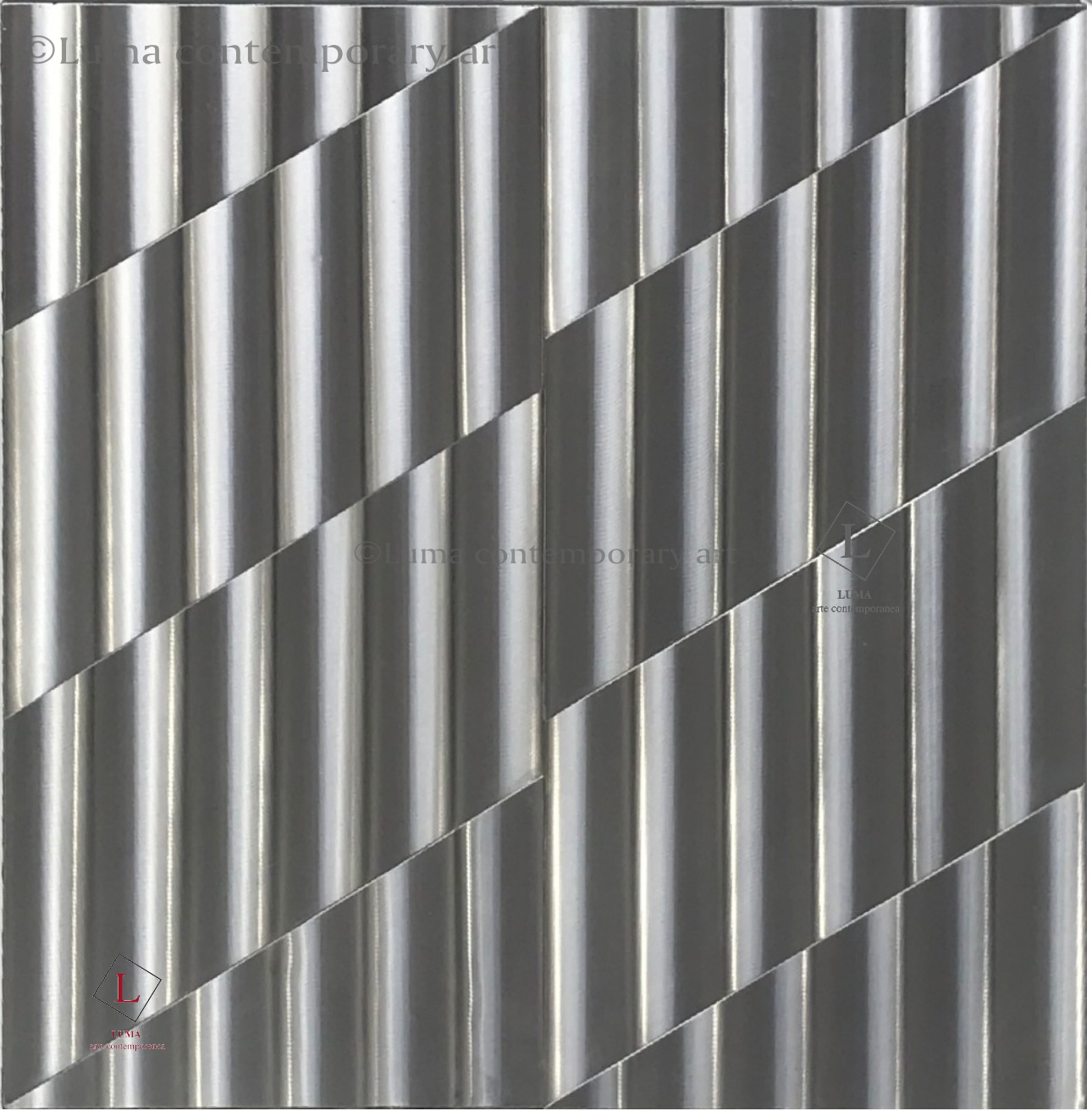 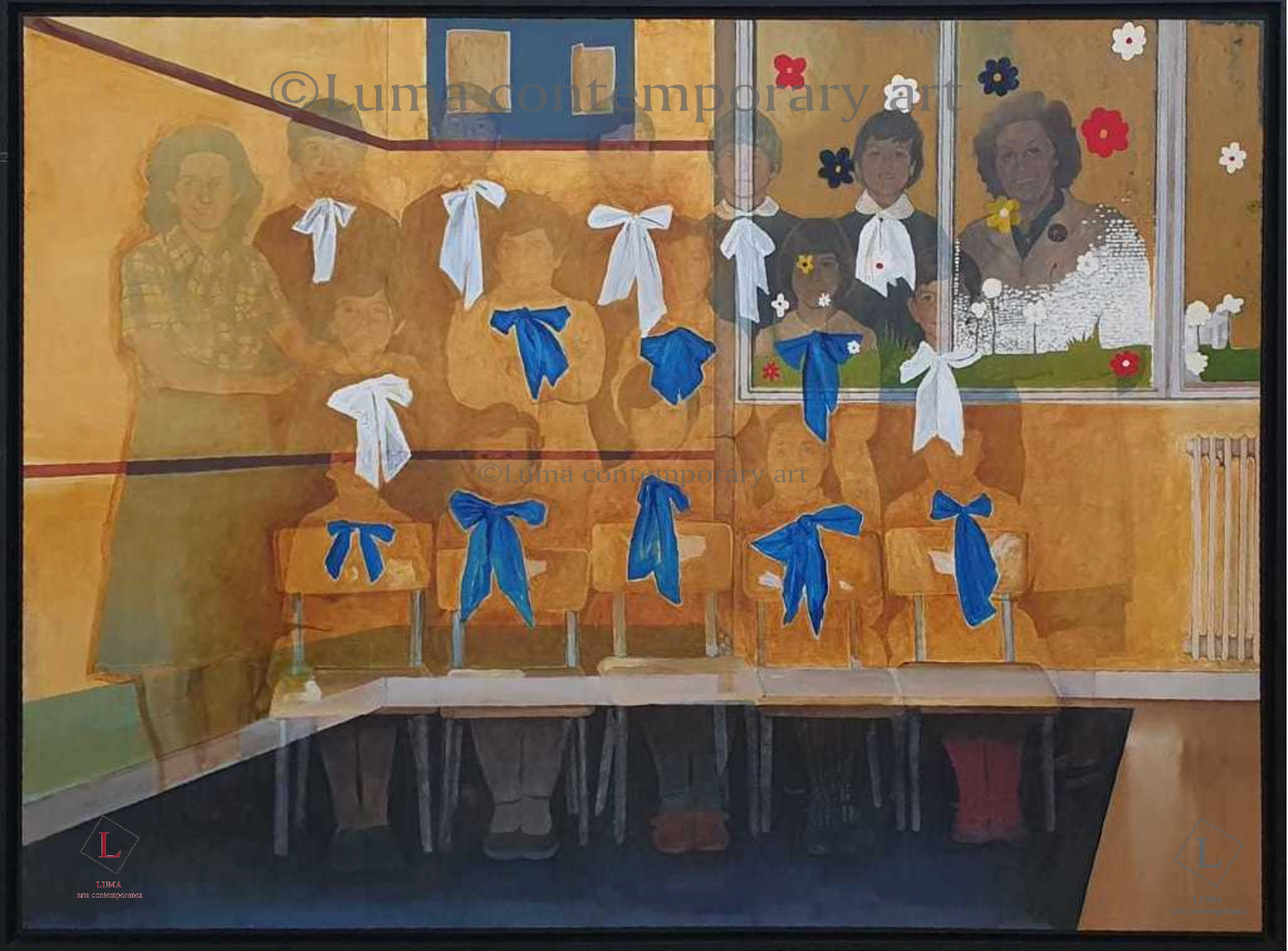 Mauro Di Silvestre lives and works in Rome. Mauro Di Silvestre was born in Rome in 1968, he studied painting in Los Angeles and Rome. He gets several public awards such as the City of Lissone Prize in 2001 and the Celeste Prize in 2004, winning the 2nd and the dedicated prize respectively to the category of Emerging Painters.

Tano Festa (Rome, November 2, 1938 - Rome, January 9, 1988) was an Italian artist, painter and photographer. He attended the Art Institute of Rome and graduated in photography in 1957, he trained on the example of Cy Twombly and gestural and informal painting. His first public participation took place in 1959 together with Franco Angeli and Giuseppe Uncini, in a group exhibition at the La Salita gallery in Rome, where, only in 1961, he held his first personal exhibition. Protagonist of the Roman pop school, he welcomed the new dada solutions with formal rigor, proposing isolated monochrome objects for everyday use. Famous are the shutters, mirrors and windows, which become the support of his activity as a painter. 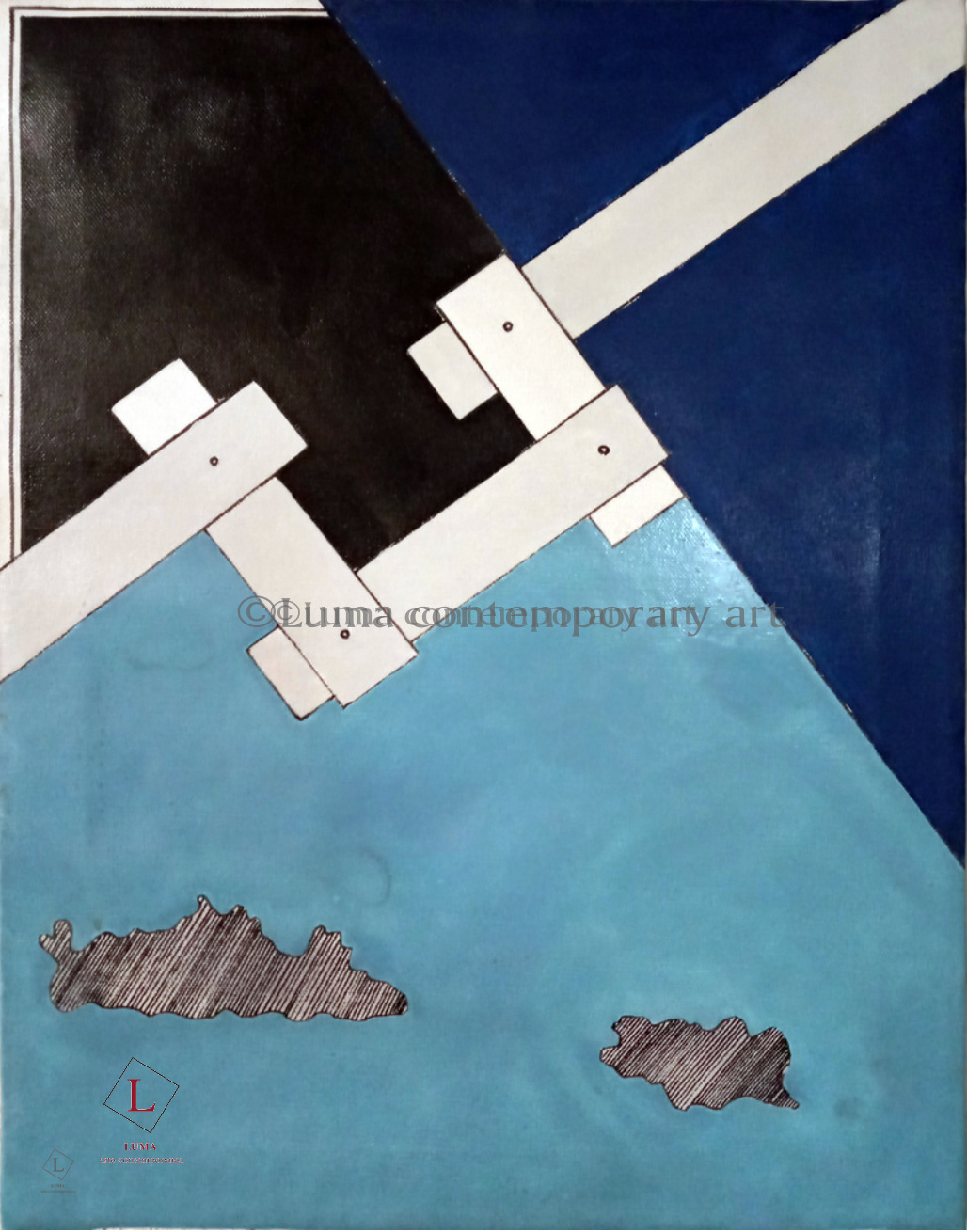 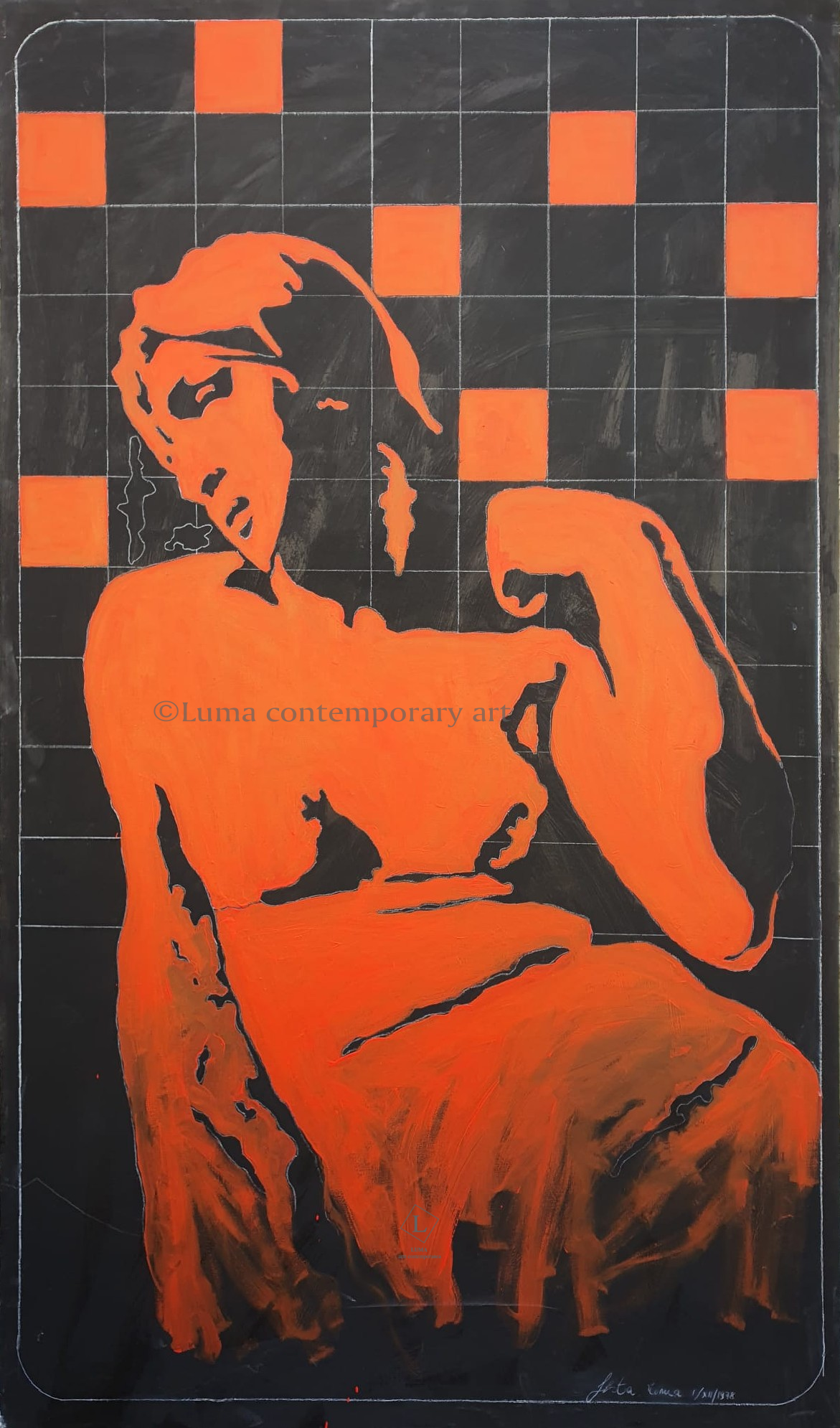 Giorgio de Chirico,10 July 1888 – 20 November 1978, was an Italian artist and writer born in Greece. In the years before World War I, he founded the scuola metafisica art movement, which profoundly influenced the surrealists. His most well-known works often feature Roman arcades, long shadows, mannequins, trains, and illogical perspective. His imagery reflects his affinity for the philosophy of Arthur Schopenhauer and of Friedrich Nietzsche, and for the mythology of his birthplace. 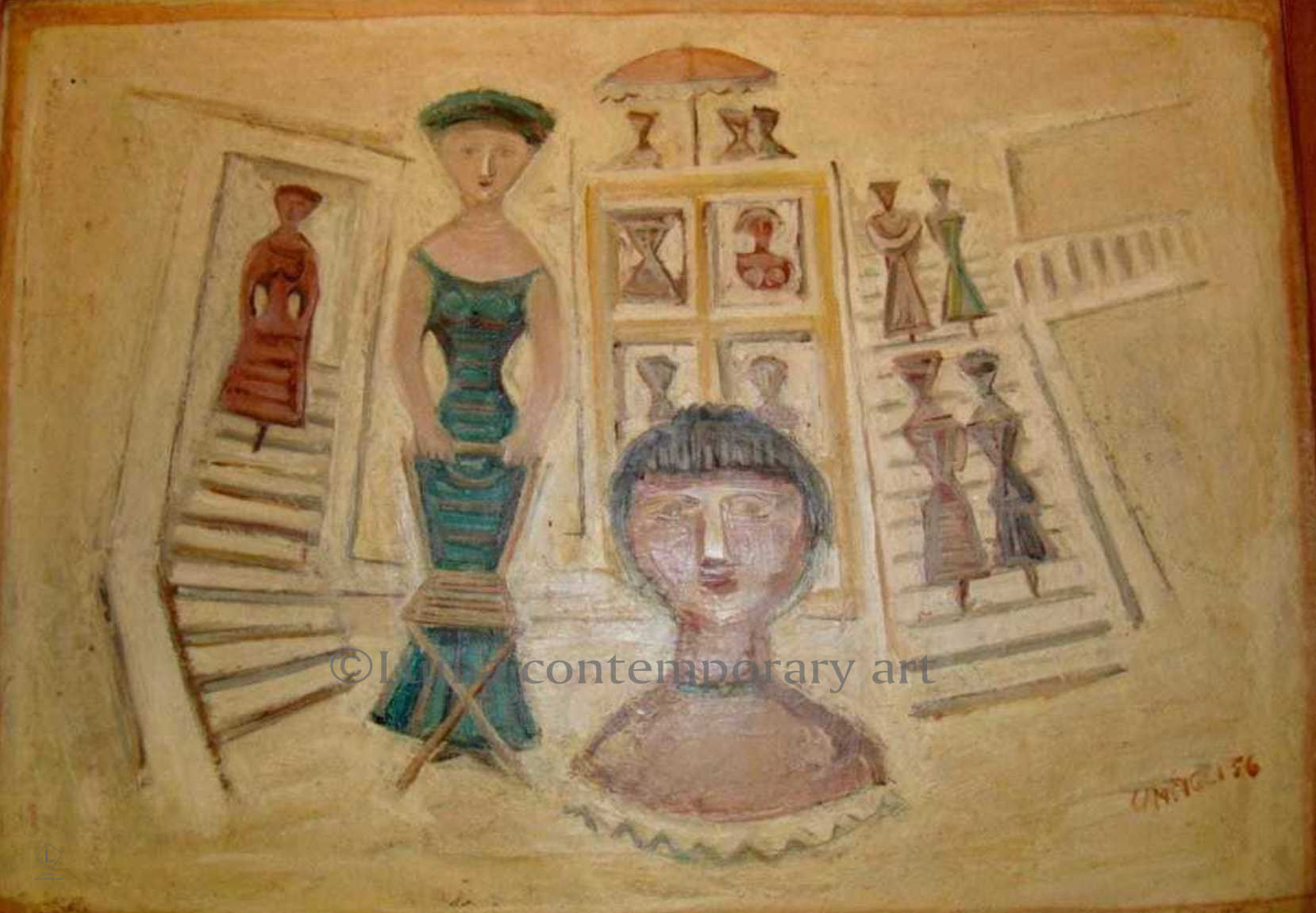 Massimo Campigli, born Max Ihlenfeldt, 4 July 1895 – 31 May 1971, was an Italian painter and journalist. He started to paint upon his arrival in Paris, where at the Café du Dôme he consorted with artists including Giorgio de Chirico, Alberto Savinio, Gino Severini and Filippo De Pisis. Extended visits to the Louvre deepened Campigli's interest in ancient Egyptian art, which became a lasting source of his own painting.His early figurative works applied geometrical designs to the human figure, reflecting the influence of Pablo Picasso and Fernand Léger as well as the Purism of "L’Esprit Nouveau".

Recent additions to our stock